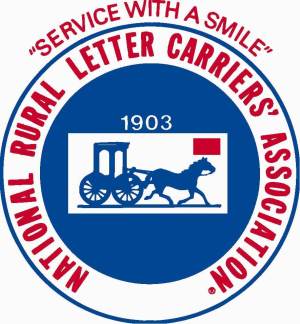 Jerry Lane Crookshanks, age 79, a resident of Meadville, passed away on Thursday, October 31, 2019, at Hedrick Medical Center in Chillicothe.

Funeral services will be Tuesday, November 5, 2019, at 10:30 a.m. at United Methodist Church in Meadville with Pastor Joe Cuminale and Kevin Holloway officiating.  Burial will be in Haseville Cemetery in Haseville.  Visitation will be Monday, November 4, 2019, from 6:00 until 8:00 in the evening at Wright Funeral Home in Brookfield.

Memorials to Haseville Cemetery or Meadville United Methodist Church may be left at or mailed to Wright Funeral Home, P.O. Box 496, Brookfield, MO 64628.

Jerry, son of Morris and Georgia (Sayers) Crookshanks, was born on May 23, 1940, at their rural home in Browning.

He was a 1958 graduate of Meadville High School.

On May 1, 1960, he was united in marriage to Dorothy (Meneely) at United Methodist Church in Meadville.

In his early life Jerry worked construction, then returned to farming with his father and brother.  He later became a Rural Letter Carrier, retiring after 18 years of service.

Jerry was a member of the United Methodist Church in Meadville, National Rural Carrier Association and served as a board member of Farmers Mutual Insurance, all for over 25 years.

Jerry loved going to McDonalds in Chillicothe and visiting with his friends.

Survivors include his wife Dorothy of the home; one son, Doug Crookshanks of Dearborn; one daughter, Julie Rickerson and husband, Randy of St. Joseph; five grandchildren, Baylee Roe and husband, Derek of St. Joseph, Claire Gassen and husband, Steven of Sedalia, Austin Crookshanks and Selina Smith of Platte City and Anthony Ray of St. Joseph; He was also very proud of his great-grandchildren, Kennadi Roe of Olathe, Kansas, Dodger Crookshanks and Declan Gassen of Sedalia; several nieces and nephews; a brother-in-law, Herb Meneely of Puebelo, Colorado; and sisters-in-law, Judy Young of Chillicothe and Phyllis Murphy of Kansas City.

He was preceded in death by his parents; brother; father-in-law and mother-in-law; two brothers-in-law; and two sisters-in-law.