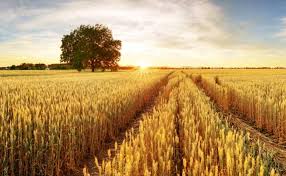 Due to the recommended CDC guidelines, a private graveside service will take place at Elmwood Cemetery in Linneus under the direction of Wright Funeral Home in Brookfield.

Billie Earl McKerlie was born on March 28, 1930 to William Earl McKerlie and Mabel Irene Wells. During World War II, he and his mother moved to Washington, DC to live with his Aunt Louise. Over the years, he and Aunt Louise developed an unbreakable bond. While in Washington, DC, he met Mildred Smith and they were married. Soon after, they moved back to Missouri and decided to start a family. On December 19, 1949, Billie and Mildred became parents to Billy Edward McKerlie. On August 28, 1979, Bill married Nancy, the love of his life, and for 40 years they lived a beautiful life together.

Billie spent his life doing what he loved- being outside, farming, hunting, fishing, playing BINGO and cards, and raising animals. One of his first jobs was working as a diesel repairman for Southern Railroad maintaining their engines. In 1949, he began living his dream as a farmer and did so until the day he passed.

To know Bill was to love him. He never met a stranger and always told it like it was. He gave much to those he loved and enjoyed inviting family members and friends from afar to the farm to hunt and fish. It was a good guess that if Bill couldn’t be found he was either fishing or taking a coffee break at the diner. For the last several years, his role began to change as he acted as caretaker to his wife, Nancy. Bill’s tough exterior softened during this time in life, and his soul mission was to devote all he had to keeping Nancy in the home.

In lieu of flowers, memorials to Elmwood Cemetery may be left at or mailed to Wright Funeral Home, P.O. Box 496, Brookfield, MO 64628.

To send flowers to the family or plant a tree in memory of Billie Earl McKerlie, please visit our floral store.