Share a memory
Obituary & Services
Tribute Wall
Read more about the life story of Everett and share your memory.

Everett Glen “Ev” Lineberry, 87, of Brookfield, Missouri, died peacefully on January 20, 2023.  Ev was born on October 20, 1935, in Brookfield, Missouri to Glen and Julia (Paradise) Lineberry.  He graduated from Brookfield High School and then the University of Missouri.  In high school, he was a two-time All-State selection and named a national All American All Star in football, in addition to writing the words to Brookfield High’s alma mater.  In college, he was a Business – Real Estate and Insurance major, a varsity letterman on the Mizzou football team and participated in the Army R.O.T.C. Program, receiving his commission upon graduation.

It was in high school that a chance meeting with Beverly June O’Herron introduced him to the love of his life.  While she was swimming across the Brookfield Country Club lake, he picked her up in a sailboat and began a love story which resulted in over 66 years of marriage – the last 23 of which they shared in their home overlooking the lake upon which they met.

Ev is survived by Beverly and their three sons – Steven Patrick “Rusty” Lineberry (Kelly Felton and son Jennings) and his son Steven (Katie) and their daughter Ella, and his daughter Julie Luft (Alex); Mark Christopher Lineberry (Debra) and sons Joseph and Nicholas; and Everett Scott Lineberry (Sharon) and their daughters Shelby and Sydney Lundberg (Cameron); and his nephews Glen Lineberry and David Lineberry.  He was preceded in death by his parents and his brother George.

Ev began selling life insurance while in college.  Upon graduation, he began his military service as a 1st Lieutenant in Ft. Sill, Oklahoma and followed that with two years of service in Ft. Lewis, Washington in Army Artillery.  He returned to civilian life and reentered the life insurance business in Columbia, Missouri.  He left Columbia to train for a management position with Provident Mutual Life Insurance Agency in Philadelphia, PA.  In early 1963, he recognized a burgeoning opportunity in Texas and moved his young family to Houston to lead the Provident Mutual office there under the name Lineberry Associates.  For thirty years, he led the Houston office and grew it to become one of the top Provident Mutual offices in the US – setting national production records during many of those years.  In 1988, he was honored as one of five “Legends” of Provident Mutual.  In 1993 he retired from agency leadership and returned to personal production as an agent in Houston and continued after he left Houston to return to his childhood home – Brookfield.  He continued to work as a consultant for business owners around the US with life insurance and annuity matters.  He claimed that he retired in 2014 but continued to help his clients for many years after that.  Throughout his career he was sought after as a speaker to educate and motivate others in the life insurance industry.  Ev also served as a Founding Director of Antione National Bank and Fallbrook National Bank and a Director of San Jacinto Savings and Loan.  Ev was always a very positive person and strove to motivate his agents, friends and family to be best versions of themselves – celebrating their victories as much as his own.

In the Houston community, Ev led many organizations, serving as President of the Tanglewood Lions Club, Commissioner of the Spring Branch-Memorial Sports Assoc. and Head Coach of the Meadow Wood Eagles football program – coaching all three of his sons over a period of nine years (which he was always proud to note included seven championships).

In lieu of flowers, donations to Immaculate Conception Parish in Brookfield, Missouri or the charity of your choice, may be left at the church or mailed to Wright Funeral Home, P.O. Box 496, Brookfield, MO 64628 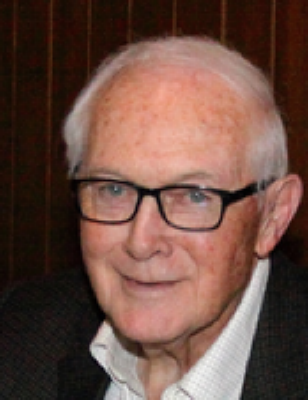 Charity of your choosing