Share a memory
Obituary & Services
Tribute Wall
Read more about the life story of Floyd and share your memory.

Floyd Cleveland, age 95, of Brookfield, passed away on Thursday, November 24, 2022, at McLarney Manor.

Funeral services and an Elks Session of Sorrow will be held Monday, November 28, 2022, at 11:00 a.m. at the First Presbyterian Church in Brookfield with Pastor Julie King and Pastor Brian Butler officiating.  Burial will be in Park Lawn Cemetery in Brookfield. Visitation will begin Sunday at 1:00 p.m. at Wright Funeral Home. A Masonic Session of Sorrow will begin at 5:00 p.m. and the family will receive friends 5:30 until 7:30 in the evening.

Memorials to the Cleveland Memorial Scholarship and Presbyterian Children’s House  may be left at or mailed to Wright Funeral Home, PO Box 496, Brookfield, MO 64628.

Local farmer and realtor, Floyd Cleveland, grew up about four miles northwest of Brookfield. Growing up his favorite hobbies were hunting, fishing, and trapping. In 1945, he enlisted in the United States Navy.  Because he was overseas serving his country his mother, Gail Cleveland, accepted his 1945 Brookfield High School diploma. Once returning home, Floyd began farming and raising cattle with his father. In 1964, Floyd started the Cleveland Real Estate business. Floyd continued to be active in the farming operation and real estate business for many years.

Floyd, a well-respected and kind gentleman, gave greatly to his community. He served multiple terms on the following boards: Brookfield R-III School, Brookfield Township, Presbyterian Church, and the Pershing Memorial Hospital; he also served his community as the Brookfield Chamber of Commerce Director; he was a 50-year member of the Brookfield Masonic Lodge #86 and a Shriner. Floyd was a long-time standing member of the Brookfield Elks Lodge #874; Brookfield and Marceline Fraternal Order of Eagles; and the American Legion. Floyd enjoyed raising a garden that he would graciously share with his family, friends, the Linn County Food Pantry and the Brookfield Nutrition Site. He was also well known as the “Pumpkin Man” because each year he invited the school children out to tour his pumpkin patch where he would send each student home with a pumpkin. 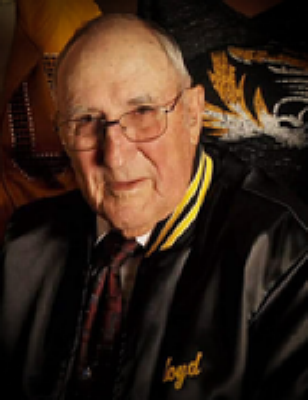