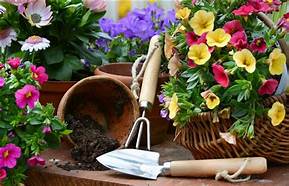 Janet was a devoted wife, mother and grandmother. She worked outside the home as a Paraprofessional. Janet was most proud of being a mother and "Grammy” to her seven grandchildren. She loved working outside in her flowers, cross-stitching and making the world’s best sugar cookies. She was a member of the Brookfield Church of Christ, Linn County Community Chorus and Garden Club.

To send flowers to the family or plant a tree in memory of Janet (Markle) Russell, please visit our floral store.