Share a memory
Obituary & Services
Tribute Wall
Read more about the life story of Kenneth and share your memory.

After a brief and courageous battle with cancer, Kenny "Frog" Tipton, age 69, of Brookfield, Missouri, passed away, January 1, 2023, at his home surrounded by family and friends.

A Celebration of Life will be held Friday, January 6, 2023, at Noon at Wright Funeral Home in Brookfield with Pastor Bob Kimmis officiating. Visitation will be from 10:00 a.m. until the time of service.

Memorial contributions are suggested to the family for medical expenses payable to Kelly Tipton or to the Sumner Sportsman’s Club. Either may be left at or mailed to Wright Funeral Home, PO Box 496, Brookfield, MO 64628.

Kenneth Dean Tipton was born on November 2, 1953, in Chillicothe, Missouri, the oldest son of Patti (Cooper) and Bill Tipton. He grew up with his five siblings on a small farm outside of Cleveland, Illinois. On the farm, Kenny learned the value of hard work as he completed daily chores of milking cows, feeding chickens, and helping in the field. He also learned to love God’s creation where he fished and hunted in and around the Rock River. At the age of 10, he gave his life to the Lord and accepted Jesus Christ as his Savior.

In 1969, Kenny and his family moved to Wheeling, MO where he attended Wheeling High School. It was here that Kenny received the beloved nickname “Frog” from his cousins due to his unique jumping style while playing basketball. His cousins said he looked like a frog when he jumped. Frog loved to tell that he wasn’t very interested in playing basketball, but he liked to ride on the team bus with the girls. In addition to basketball, he was a long- distance runner in track, and he also loved to arm wrestle. He had a 1967 Chevrolet Nova Super Sport that he loved to cruise the town in and to see how fast it could go. He was a crack shot with a rifle and could shoot a mean game of pool. In 1971, he graduated from Wheeling High School.

After high school, he worked at the Wheeling Elevator and at Whitaker Cable in Brookfield, MO. In 1977, he married Pamela (Burton) Marriott, and they had four children from their union: Laura (deceased), Lantz, Travis, and April. They raised their children in Wheeling and Meadville and later divorced. He taught his children to work hard, to love the outdoors, and to value family. Some of his fondest memories were driving all around the countryside, going from fishing hole to fishing hole with a truck bed full of kids. He was blessed with seven grandchildren, whom he loved very much, and they loved their Papa Frog. He enjoyed taking them fishing, hunting, and tubing or letting them visit and hold his multiple litters of puppies.

Kenny married his wife, Kelly Dorrell, on October 20th of 2007.  During their fifteen years of marriage, they always seemed to find new ways to celebrate their shared zest for life and to continually challenge each other to be the best versions of themselves. Kenny was proud to raise and love Kelly’s two daughters, Mickayla and Raelee, as his own. As a family, Kenny shared and taught them about his passion of the outdoors while Kelly and the girls encouraged Frog to try new things. They enjoyed going on side-by-side rides with friends, hunting for mushrooms, boating, and taking yearly trips to new places. They later purchased a home in Brookfield which was always filled with love and friends. It was here he expanded his garden, cared for birds, and hosted many get togethers where everyone was welcome. He became a well-known member of the Brookfield community, being the first to offer a helping hand and ‘Rana’ never missed a Margarita Monday.

During his working years, Frog was also employed by John Graves’ Foods, Mid-American Dairy, the Chillicothe Correctional Facility (where he was recognized with multiple awards for “Doing Right”), and Sonoco Plastics. He was an extremely dedicated worker who rarely missed a day of work. During this time, he cut wood, raised cattle, and grew a large and beautiful garden to help provide for his family. Frog loved hanging out at the Sportsman’s Club in Sumner and enjoyed dressing up as the clown for the Goose Festival parade each year.

In 2017, he retired from the workforce and could finally pursue his true passions of hunting, fishing, gardening, raising puppies, and visiting with friends and family on a full- time basis. He loved to fish the Grand River, the Missouri River, and his many honey holes around Fountain Grove and the Swan Lake National Wildlife Refuge. His life revolved around the current season, not spring, summer, fall, or winter, but deer (gun, bow, and alternative), turkey, dove, duck, frog, quail, squirrel, rabbit, trapping, snagging, mushroom, or gardening season. He loved to show his daily catch and the fishing conditions on social media for all of his friends to see. He also loved to share his harvest and the produce from his huge garden during his annual 4th of July fish fry. No one could fry fish like Frog.

Kenny/Frog was an extremely hard worker and was always kind. He always made time to talk with people he knew or even those he may have just met. He never met a stranger and would do whatever he could to help a person in need. Although he has left us here on this Earth, we can take comfort in knowing that he is no longer in pain and that he is hunting and fishing with our Lord in heaven.

He is survived and remembered by his wife Kelly, his sons Lantz (Buffy) and their children Trey, Trista and Tyler Tipton; Travis (Bethany) and their children Zoey and Thatcher Tipton; and his daughters April Tipton and her children Isabell King and Grant Roberts; Mickayla Hunter (Sarah); and Raelee Kemp (Matt Linebaugh); his parents Pat and Bill Tipton; his brothers Terry, Tom, and John; his sisters Debbie (Tipton) German and Brenda (Tipton) Hayward; and many close relatives and friends. He was preceded in death by his paternal grandparents, Wineva (McLin) and William Tipton and his maternal grandparents, Berta (Stith) and James Cooper, and his infant daughter, Laura.

The family wishes to express its appreciation for the outpouring of support from far and wide, including well wishes and prayers during his final days. 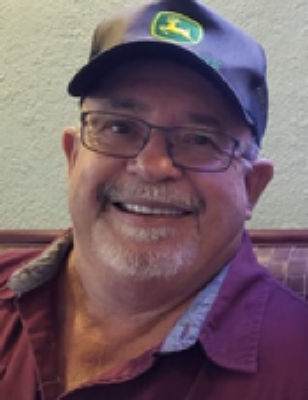