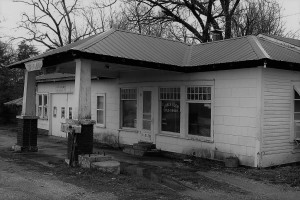 Virginia Elizabeth (Roller) Windels left a full life of living for others on November 24, 2019 at Life Care in Brookfield, MO.  She was 99 years of age.

She was born on the family farm near Soldier, KS on Jan. 5, 1920, to James O. Roller and Elizabeth (Nicholas) Roller.  She graduated from Circleville, KS, high school and Kansas State University and was a career home economics teacher.   She taught in Kansas, California and Missouri.

She married Roger Louis Windels on August 8, 1945.  They lived in San Francisco, then Chicago.  Starting in 1951 Roger and Virginia together owned and operated the Idle Inn gas station, garage, café, cabins and campground near Meadville, MO.  They raised four children, Mary Nelson (Tom), Jim, Ted (Melanie) and Charlie (Christina) who survive her, as well as seven grandchildren, seven great grandchildren and a niece and nephew.  Roger preceded Virginia in death, as did her brother Mike Roller of Circleville, KS.

She was a leader in several community organizations including AAUW, 4-H, Garden Club, Newcomers Club, Wednesday Club, PEO and Eastern Star.  She often hosted gatherings at her home and at the Meadville United Methodist church, where she was a member.  Virginia served as the District Deputy in the Order of the Eastern Star.   She always had a large vegetable garden and many flower beds.

Virginia retired from full time teaching in 1981 after 19 years at the Missouri State Training School for Girls.  Virginia began a second career as a substitute teacher and as a volunteer in positions as varied as the Hedrick Medical Center Auxiliary, Head Start and Verelle Peniston State School.   She was honored as Livingston County Volunteer of the Year in 1996, was Hedrick Medical Center Auxiliarian of the Year in 2000, and was recognized in 2001 for accumulating nearly 5000 volunteer hours by the Retired and Senior Volunteer Program.

Roger and Virginia enjoyed traveling the world in their retirement, often visiting Roger's relatives in Belgium, then traveling to other European destinations.  Together with Charlie they maintained the Idle Inn property, until Roger's death in 2003.

Virginia's generation expected a woman to be devoted to family, to nurture others, have a strong sense of propriety and culture, and to be able to sew anything and to cook everything.  She was all that and more.  Her legacy of love, patience, integrity, self-reliance, hard work, humor and giving of herself to others lives on in her family.

Bring your memories of Virginia to share at a Celebration of Life Birthday Party Sunday, January 5, 2020, at 1:00 p.m. at the United Methodist Church in Meadville.  We will bring the fried chicken, birthday cake and ice cream!

To send flowers to the family or plant a tree in memory of Virginia Elizabeth (Roller) Windels, please visit our floral store.