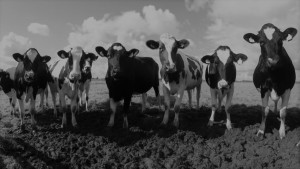 Funeral services will be at 10:30 a.m. on Saturday, May 25, 2019, at Bear Branch United Methodist Church near Purdin with Pastor Jim Fitzgerald officiating.  Burial will be in Bear Branch Cemetery.  Visitation will be Friday, May 24, 2019, from 6:00 until 8:00 in the evening at Wright Funeral Home in Brookfield.

Memorials to the Missouri Cattlemen Foundation, may be left at the funeral home or mailed to 2306 Bluff Creek Drive, Columbia, MO 65201. (Allen Henry Memorial)

Growing up, Allen was active in the Thomas County 4-H program, FFA, and wrestled at Colby High School in Colby, KS. Allen attended K-State from 1955-1959. He was a member of Alpha Gamma Rho, the 1956-57 Wool Judging teams along with the Meats Judging team in 1958 while at K-State. He worked at the St Joe Stockyards in 1959 until he married in 1960. He was actively involved in the family sheep and crop farming operation in western Kansas prior to coming to Missouri. Allen worked part time at the Brookfield Sale Barn along with maintaining the farming operation (cattle and crops).

Allen was a passionate representative of the cattle industry. He was very active in the Linn County Cattlemen Association, Missouri Cattlemen Association (MCA) & National Cattlemen Beef Association (NCBA). He held many Board of Director positions at the County level. With MCA, Allen served as President in 1994 and served on the MCA Board of Directors as a County representative, held offices of Secretary-Treasurer, 2nd Vice President (VP) and 1st VP. He served as a Committee member on the NCBA board. He served on the Missouri Beef Industry Council in 1995. In 1997, he served on the MCA task force for potential processing plants for MO. In 2002, Allen received the Pioneer Award from MCA. Allen was a part in the development of the Missouri Cattlemen Foundation and served on the Board of Directors in 1994. He was a behind the scenes idea person to help to move the MCA organization forward in the 1980’s and 90’s.

Allen was an active member of Bear Branch United Methodist Church. He held several church board offices over the years. He was instrumental in researching the church history for their 100th and 125th anniversaries.

He was a lifelong gardener especially following his strokes in 2001. He also enjoyed hunting especially coyotes.

Preceded in death by his wife, Nadine and his parents, G.S. and Ruth Henry, brothers, Larry (Treva), Loren, Wilber, and Dennis.

To send flowers to the family or plant a tree in memory of Allen Leroy Henry, please visit our floral store.