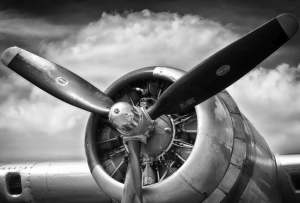 Paul was a graduate of Brookfield R-3 High School and a lifelong resident of Brookfield.  He also attended flight school in Chillicothe where he obtained his pilot’s license.

He worked as a sewing machine mechanic, along with many other duties, at Stanbury Uniform in Brookfield for over 45 years.

He was a member of God’s Garden Church in Brookfield where he served as Deacon.

Survivors include his wife, Linda of the home; six children, Charles Davolt and wife, Patricia of Waverly, Crystal LaFevre and husband, Andrew of Topeka, Kansas, Donna Carey and Robert Morris of Dover, Delaware, Catherine Alberts and husband, Wayne of Brookfield and John Morris of Liberty; five grandchildren, Charles David Davolt, Mariah Davolt and Abrielle Barnes all of Kansas City and Jirah Bolin and Shammah Bolin of Brookfield; two great-grandchildren, Keisha Smith of Nevada and Kalyssa Smith of Unionville; and several nieces, nephews and other relatives.

His parents; one brother, Fred Davolt; and one sister, Laura Mae Rose also preceded him in death.

To send flowers to the family or plant a tree in memory of Paul Dean Davolt, please visit our floral store.