Plant a tree in memory of June
An environmentally-friendly option 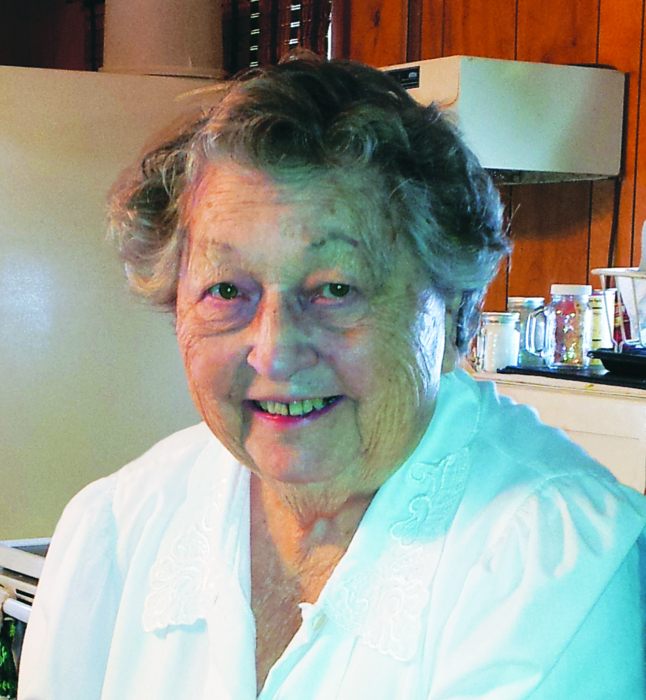 June married her husband of 72 years, Harold Dean Spencer, on July 21, 1944, in San Diego, while he was on shore leave from the Navy.  Harold went back to the war in the South Pacific for their honeymoon, and she went to Denver.  After the war, they began their married life in Brookfield, Missouri until moving to New Cambria, Missouri to farm.  Harold died October 9, 2016.

While attending Brookfield High School, June was apprenticed to Frank Gress Studio, where she learned all aspects of black and white photography.  After her marriage, she established her own photography business, specializing in portraits and weddings.

She liked to write poetry and tell stories.  June was always interested in her family and friends, their pursuits, achievements, and their children.

She was preceded in death by her husband, her parents, and her brothers.

Private graveside services will be held at Missouri Veteran’s Cemetery in Jacksonville.

Plant a tree in memory of June by clicking here.
To send flowers to June's family, please visit our floral store.

A service summary is not available

Plant a tree in memory of June
An environmentally-friendly option

Plant a tree in memory of June

2 trees planted in memory of June

So many great stories shared with June. Prayers to all of you! She will be missed!

June was my neighbor growing up and she and her husband Harold were always so good to our family. Their son, Roger is an example of their legacy. He’s a great guy! June will be missed and I’ll still wave when I pass by her house and I know she’ll see from heaven. -Ryan Wiggins

A Memorial Tree was ordered in memory of June Spencer by Lonnie & Terry Heishman .  Plant a Tree

Your parents, Harold and June, were two of my favorites to see walk in when I worked at the Elson Agency insurance office.  Two fine people!  Heartfelt sympathies to the entire family on June's passing.

A Memorial Tree was planted for June Spencer

Plant a tree in memory of June